Drowning statistics for Muskoka are appalling. This link has all of the information I have collected over the past two years.

However, there is more news today. Three more:

One man is in hospital on life support as of Sat. 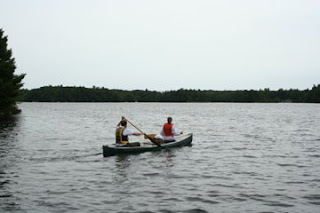 night, Aug. 8, 2009, after a high speed boat flipped near Walker's Point, very near Torrance (where a plane crashed last week killing two people). He was resuscitated and transported to Toronto hospital.


( ) –On at Fire, Ambulance and the OPP responded to the shores of off
Witnesses at the scene indicated that a racing boat operated by 33 year old Phillip Morden of Milford Bay was traveling south at a high rate of speed. The boat, a 19 foot STV, flipped over and the lone operator was thrown from the boat.
Local residents who witnessed the incident rushed to his aid and pulled MORDEN out of the water unconscious. He was transported to by air ambulance in critical condition. He has been transferred to in for further treatment.
The OPP Marine Unit is conducting an investigation into the incident. An OPP Marine Reconstructionist will be involved when the boat is recovered from the lake bottom.

The man who drowned on August 8, 2009, was wearing a life jacket but he was speeding in a high powered boat. Phillip Morden, 33, of Milford Bay, was retrieved from Lake Muskoka with no vitals after his tunnel hull boat flipped end-over-end. OPP Insp. Ed Medved said that this man was driving a fast, powerful boat, and he knew what he was doing, except he hit a wave and flipped. Muskoka Lakes fire chief, Jim Sawkins, told the newspaper about how this type of boat can porpoise. It is on-line:
Boat hull with center V-hull and sponsons - Patent 4672905
This man was dead due to high speed, not the lack of a life jacket. Let's not get ridiculous about this! I think the answer lies in taking responsibility for friends and family. If they are too drunk to be on the water, or fish and then drink they will drown. If they perceive the waterways as a Nascar track, and if they insist on drinking and boating, or swimming in deep and treacherous water, inexperienced canoists on Georgian Bay, we will lose them. You must speak up. Talk sense into these people. Their loved ones will thank you.
~~~~~~~~~~
And in Arrowhead Provincial Park, north of Huntsville.
From The Star:
A man is presumed drowned after a canoe tipped in Arrowhead Provincial Park at 1 a.m. today – following a fatal boating accident yesterday and another that has left a man clinging to life – bringing the death toll on Ontario waterways to eight in just over a week.
~~~~~~~~~~~~
It is so dangerous out there. I was listening to ABC.net.au, and heard that they are having issues with tourists rock climbing.
~~~~~~~~~~~~

I watched a PWC yesterday, thrill seekers bouncing on waves, jumping over their wake, skooting around trying to create a wake for a family tubing. I presume they knew them, otherwise I'd be upset!

The tubing family were going around and around, trying to bounce the children out of the tube. The effect on the kids, as they bounce so hard, would make an interesting study. They bounce so hard. I worry over 'shaken baby' syndrome, with the impact.

It is no surprise, as boats are getting bigger and faster. Canoes, float planes and sailboats compete for open water. Our kids went out in the canoe, but had to be very careful with the wake from this PWC. They went across the lake, where they encountered two other boats.

They are speed demons. I wonder why they make such powerful boats? Especially, why they bring them onto a small lake. Many have problems in the Rideau Canal, where boat wash destroys the wildlife habitat. It washes out the nests of sunfish in shallow water.


The video below was taken a hear ago on the August long weekend.

Boat wash on the shore shows how high and powerful the waves are.

The toll on you lake is quite sad. We have a lake about 6 miles away called Allatoona lake and we also hear reports of many drowning but not so many boat accidents. I think that sometimes young people love speed, in boats or cars, because it give them a sense of power which lacks in their life and when you are young you think you are above danger. But then again, some adults never grow up.

I used to live on Lake Conroe just north of Houston, Texas USA. The lake was packed on weekends with people doing the same sort of foolishness. The toll was also huge. And that was before wave runners became big.

Not everyone is gifted in the art of taking time and taking car. Loud and fast motorboats are awful things. A scourge of summer, I think.

There are lots of lake drownings near here in CT, too. I think many young people overestimate their strength and fail to appreciate the plants and like below the surface. Very dangerous.