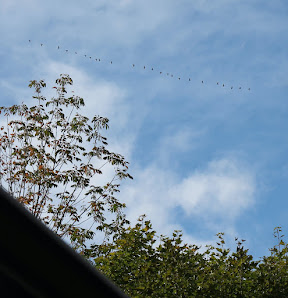 Yes, it is that time of year. We knew it was coming. This is, I think, a small flock of geese practicing their formation.

They sure have grown! Our geese from our time in Muskoka. 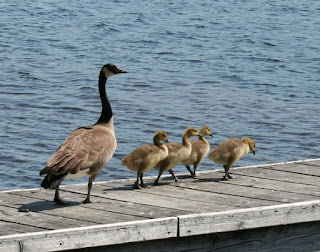 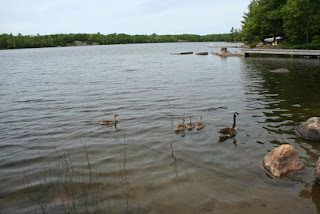 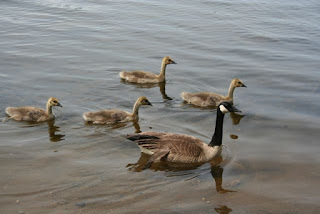 🌪 Tropical Storm Fiona has ravaged Puerto Rico. Then it attacked Nova Scotia, New Brunswick, PEI, Newfoundland and Labrador.  Armed Forces are going door-to-door the check on folks. There are reports of people being sucked into the water, and fighting for their lives. Three dead, last reported. Many left the coast to go stay with relatives. Many lost EVERYTHING. This

video shows the shoreline, with houses 6 deep lost, and the land scoured down to rock.

Robin lost two cottages, a shed, and his teeth in the storm. He is still smiling and thinks the gulls got his teeth! What a character. Everyone is taking in friends and families, as houses were washed away in the storm surge.
The

wild horses on Sable Island fared well. Staff hunkered down, and their buildings lost some siding, but no one was hurt. The horses were seen out grazing after the storm passed.
In the meantime, Hurricane Ian attacked Florida, having smacked Cuba upside the head. 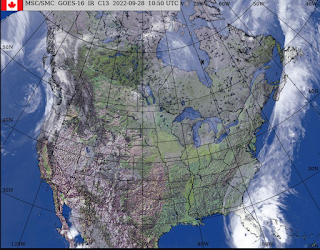 What struck me are the planes gathering data from the storm – according to Flight Radar! There are so many doing this work, or storm chasing to give us information. 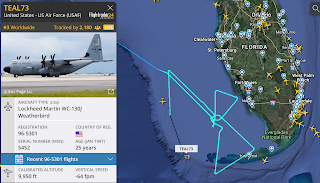 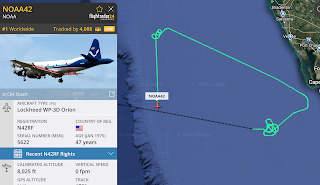 This is what it is like in the NOAA42 plane: 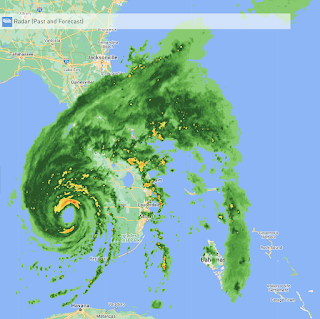 Hari Om
I have a very dear blogpal in the centre of that southern storm... have everything crossed to hear from her sooner than later... YAM xx

And now he's passed over FL completely, but is still blowing and raining on the east coast. We are preparing in the mountains of NC for lots of wind and rain as it's due to head along the Atlantic coast and come ashore again in So. Carolina...washing out Fri night plans all over the place. So sorry to see how many were affected up in Canada...you just don't think hurricanes will hit up there!

Thank you. From the other side of the world I have been watching and worrying.

Oh my! I hope Robin can get his teeth replaced but after a storm like that, no doubt glad to just still be with us. Things are very bad right now.

I can think of a blogger down in Florida now- unless she posts vacation photos after the fact.

The eye is 60km?? That's huge! I'm glad I don't live where hurricanes are common.

Hello Jenn :=)
So Sorry I'm late in visiting. I have been watching the news about the Hurricane Ian and praying that all will be well for my blogger friends who live in Florida, and have had updates by email. I saw the damage done in Cuba, all the flooding and people in dire need of help. Those planes do a good job in reporting the latest news.

The weather can be so scary.
Praying for all those affected.

Such a scary storm! and I hate to imagine how long it'll take to even begin any real recovery :(