I watch my feeders pretty closely. It's a dog-eat-dog world out there! I blogged a birding list in 2012; this is my May update. With the spring migrations of birds, song birds, and birds moving north to breed, we get waves of bird species that come and go.

I have only witnessed behaviour #1, displacement. The sweet chickadees flee quickly when the bigger birds arrive. Then, the changeover in spring, when the song birds and insect-eaters arrive results in more topsy-turvy displacement. Purple finches, pine siskin. The birds wait in the evergreen until it is there turn. 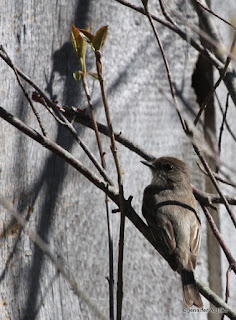 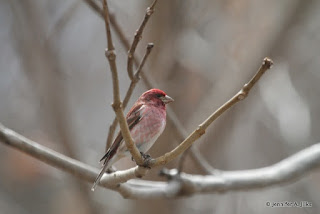 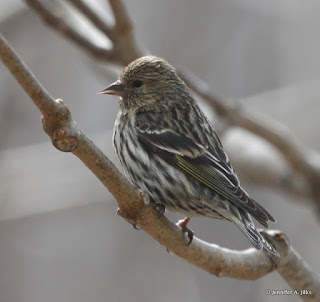 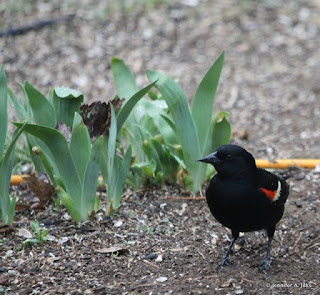 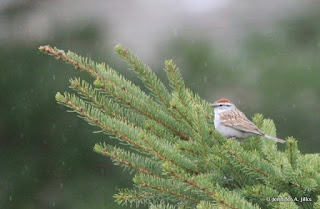 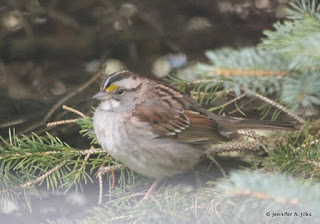 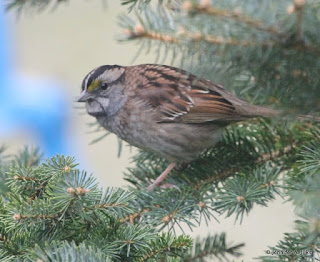 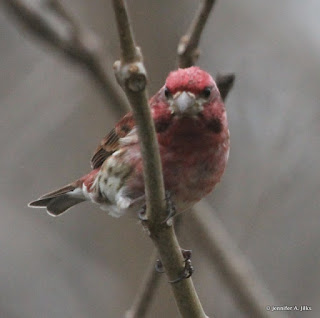 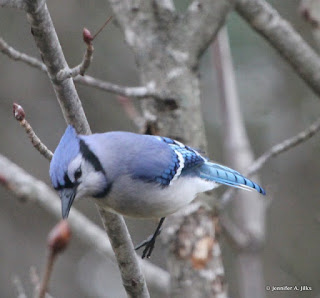 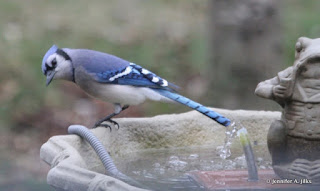 Mr Rose-breasted grosbeak is back. He was perched on the Catalpa tree. At one point he yawned! I don't know if he was looking for competition, predators or the Mrs., but he was fun to watch. He just arrived back this week. 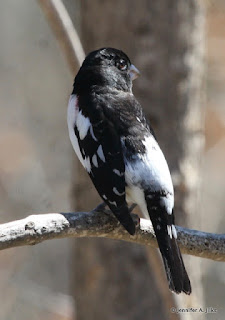 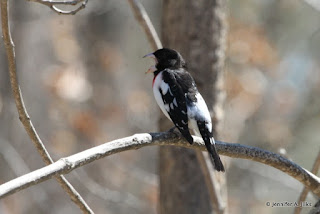 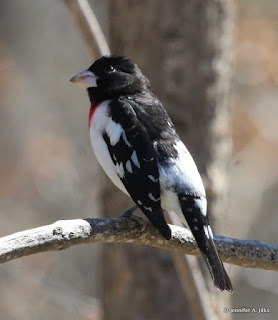 Behaviour #2, mobbing, not so much. The red-wings seem to tolerate the grackles and cowbirds. They all scatter when the blue jays arrive! It settles out, I think, by size. 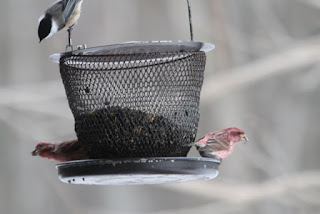 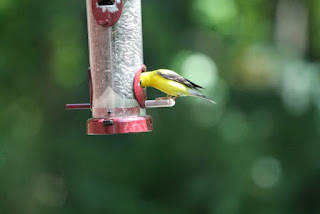 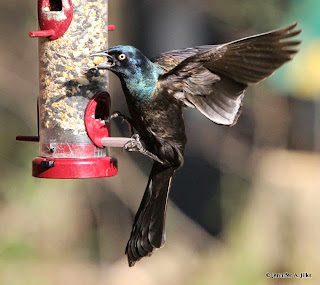 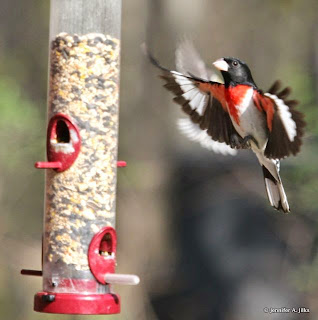 I don't see these guys mobbing, Behaviour#2. They seem to share pretty well, with much seed scattered by the larger birds who don't fit on the feeders well, and throw it all about! 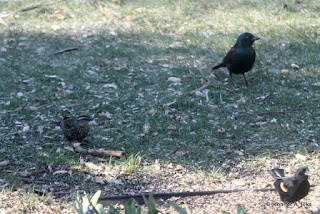 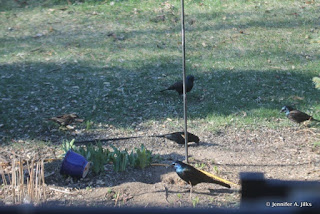 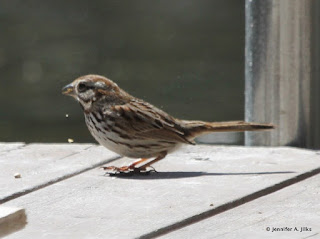 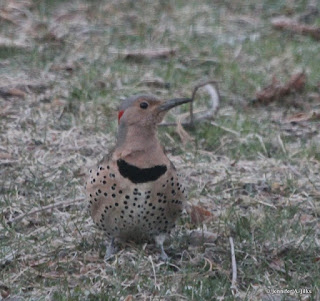 Behaviour #3, predation, I snapped a photo one harsh winter, when I spotted the Sharp-shinned hawk. He's been chasing birds and with killing them, or having them smash into the window: a blue jay, grouse, both hit the window at great speed. Also, the small saw-whet owl had been taken out. 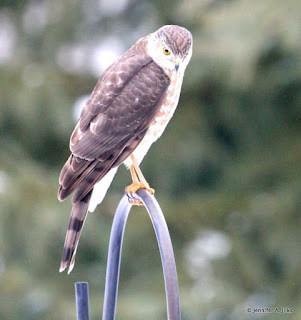 Read more about this exciting new project, and how you can contribute! 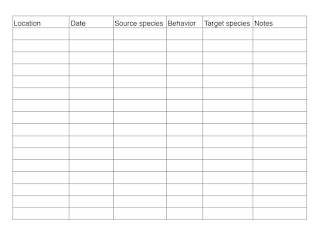 To learn about what interactions are occurring at feeders, we built a behavioral observation input tool to gather data about three types of interactions:
1) displacement, where one bird causes another to relinquish its position near a food source;
2) mobbing, where one or more birds harass another;
3) predation, where one bird attacks and eats another.

I kept meaning to look into this, but I did not pursue it.

I must admit I spend more time of Angry Birds than actual bird behaviour! Cindy, my nemesis, is a whiz, as is my daughter, Caitlin! 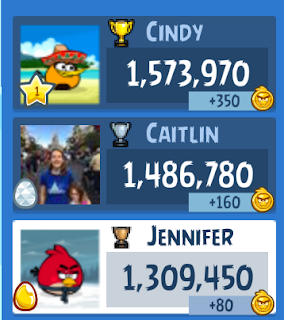 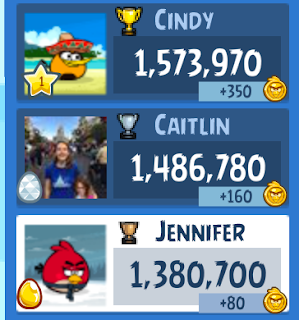 Hello, what a wonderful variety of birds you have there. I am still seeing the grosbeaks here, so more may be headed your way. I love the Flicker. Great photos. Happy Mother's Day to you! Thank you for linking up and sharing your post. Happy Saturday, enjoy your weekend!

Lovely series of photos of our 'feathered friends' and excellent presentation!

Having the feeders around all year guarantees you a lot of bird company.

Hari OM
OOOhhh I hopes there are a few of these around for the Fudge to filcher... &*> YAM xx

Dedicated feeder watchers can add to bird info and research

There are no birds using my seed feeder since the song sparrow disappeared about a month ago. I hope she moved on rather than something worse. The tree and barn swallows are gobbling up gnats and mosquitoes, and the hummingbirds love their feeders. I got a larger no drip model to add to my first drippy one. They bounce back and forth between the two, taking sips at each. - Margy

Wow! I can't get over all the gorgeous photos you were able to get. I get empty frames a lot because the bird has already flown.