This is OUR world...

The myths of Muskoka Housing 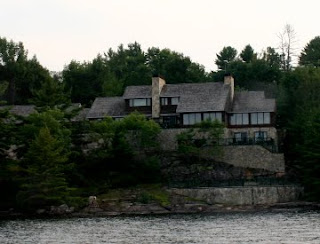 This is a region of extremes. Some choose to summer in mansions. They are the folks who get all the media attention, and draw its ire. For many, this is not their reality of Muskoka.


As with any settlement, there are haves and have nots. There are 57,563 (StatCan, 2006) full-time residents, and it is estimated that this population doubles with seasonal residents.
Many seasonal residents are converting cottages to homes, and this has resulted in other housing issues. 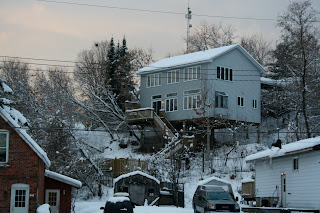 In the spring of 2009, vacancy rates for Muskoka were 2.8%. Industry standards say that 3% is considered a “healthy” vacancy rate. There are approximately 450 households waiting for rent-geared-to income housing in Muskoka. 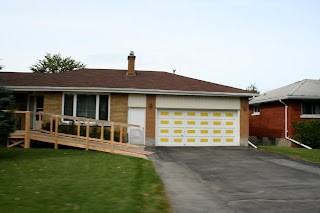 Affordability target is 30% of gross household income for shelter. To pay these average rates, households would have required: 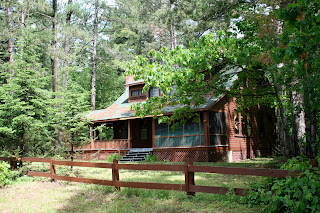 Heating, maintenance, and other utility costs are another issue. Some seniors simply cannot manage to keep their homes in order. The Muskoka economy depends upon tourism, with over 11,000 people employed in the Tourism and Service sector. This represents 43% of the labour force.

Many households in Muskoka earn less than poverty wages.

When a household pays too much for shelter, there is not enough money left for food. In 2008, 1,300 families accessed the Salvation Army food banks. Manna food bank, in Bracebridge, continues to ask for donations. You can make a donation through www.CanadaHelps.org

Very interesting and informative post, Jenn. And you photos are great! Guess all places have their good and bad sides, but think I'll stick with Seattle.

Jennifer,
Educational post about your Muskoka and great photos.

It is a sad story Jenn. I think in the states most people pay an even higher percentage of their income for housing. I don't know how, with even less assistance here. Guess that's one of the reasons I only own wheelestate and keep the rent low.
Another excellent and interesting post. Love some of the homes I see. Wonder how much it would cost to heat the house on stilts?

I seems the rents are high in Muskoka. Also the big different of earnings of woman and men surpsises me. Very interesting and informative post.

Very interesting. You have done your home work.

I'm not sure how all that compares to where I live, but figure it is similar in many ways except for depending on tourism for income. The economy is beginning to have an effect on the industry here and we have lost a couple large industries this year and small ones connected to them. I have faith it will all pick back up eventually, but right now the economy is awful. My husband, an engineer, lost his job in February and it looks like he will just have to retire, since nobody is hiring engineers much right now and certainly not "old" ones despite their experience. I would like to know how you rate your health insurance coverage and treatment. That is a big issue here right now. We are about to lose our coverage and can't afford anything to replace it. Sigh.

Mary, Canadian Health care is very different than the US! Our federal taxes go towards a big pot, form which the provinces deliver health care. You can read more on my blog, Ontario Seniors. It is the right of every individual to have health care, not a privilege for those who can afford to buy insurance.